Today, we’re looking at remixing new melodies and rhythms into songs using the gater effect in Traktor DJ for the iPad. Follow along with the video above!

On tacticle mixers, DJs create rhythmic patterns by opening and closing the faders to allow specific portions of sounds to pass through. This is often referred to as cutting, or in our case, gating. This technique is a key component in turntablism, but can also be used to add rhythmic and melodic textures to your own sets.

If all of that sounds too complex, thankfully, Traktor DJ includes gater effect that does the same job remarkably well. To enable it, open the effects panel, drag down on one of the three effect slots, and select “Gater” from the menu to reveal the effect grid. Y movement controls the amount of gating you hear, while X movement controls the speed and filter of the gate.

For variety we can also incorporate the channel filter found in the EQ section to help mix up the rhythm. Much like the crossfader, both the effect and EQ filter grids accept multi-touch inputs, allowing us to jump positions by holding one finger down and tapping with a second.

Want to try this yourself? You can find “Uncharted (Original Mix)” on Bandcamp and the vox scratch sample here. 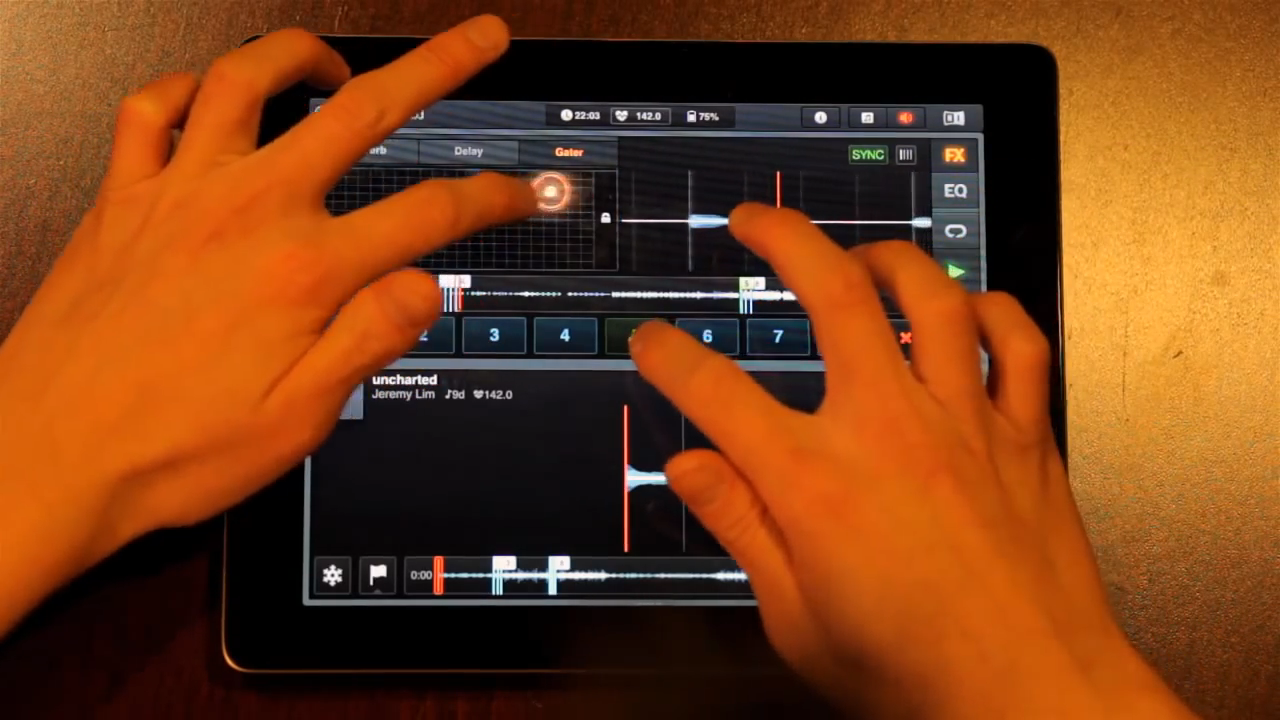